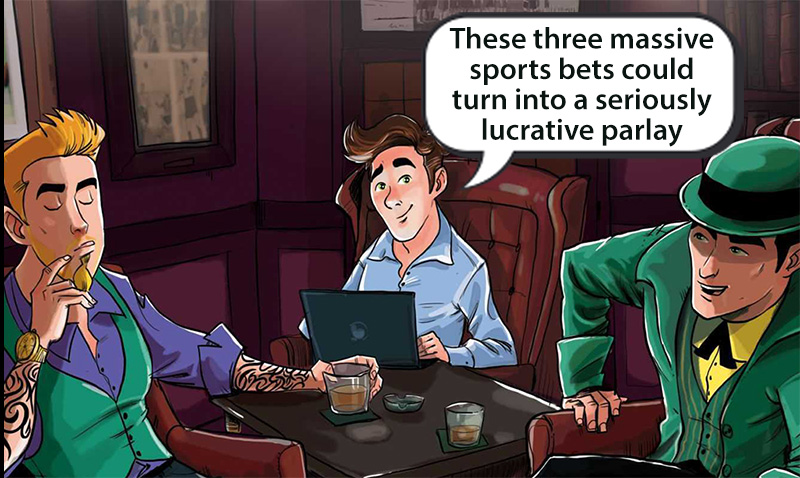 Some sports bettors stay firmly in their lane. Plotting bets on sports and leagues they know well and do very well from this strategic approach. Others have a broader knowledge and look to spice things up by moving into other sports, especially if the odds make such a movement far more enticing.

You can look to combine bets of different types and even different sports as you look to maximize your payout. This is by no means an easy win but one that can be achieved with the right level of risk.

One of your chosen bets may turn out to be an interesting prop bet, and for these, we’d suggest you get the PropShop app from the guys at sidelines.io, as this will give you the relevant info you’d need to make sure such a bet is a worthwhile one. Often with prop bets, a provider will offer what look like interesting bets but turn out to be a little frivolous.

So in terms of a sports bet parlay made up of longshots from different sports, check out the three bets below.

Things are going very well for Billy Donovan’s side this season, and talk of a long-awaited NBA title is not as far-fetched as you might think. They stand at 19-10, clear of the Cleveland Cavaliers and the Milwaukee Bucks, even though they’ve played fewer games than both due to COVID issues they’ve fought through.

The Bulls last won the title back in 1998, and it proved to be the final one of the Michael Jordan/Phil Jackson era, but the good times could soon be returning to the United Center.

Having sacked Ole Gunnar Solskjaer, Man United is now looking to get their season back on track, and efforts to win the Premier League, or even finish in the top four, look like being a big hurdle to overcome.

However, a run in the Champions League may prove like a nice distraction for Ralf Rangnick’s side, and they may actually be better placed to take care of European opposition than when they face their Premier League rivals.

With Cristiano Ronaldo on board and the veteran bagged goals in five of their six group stage games, nothing should be ruled out; such is the ability of arguably the greatest player to have ever played the game.

Last season Bill Belichick’s side struggled without Tom Brady and subsequently failed to make it to the postseason for the first time since 2002. Cam Newton turned out to be unable to fill Brady’s shoes, but this season Mac Jones is doing a far better job of trying to do so.

A run of seven straight wins has put the Pats in a good position to bust out of the AFC East, and then if they make it to the playoffs, they may have enough in the tank to go all the way.