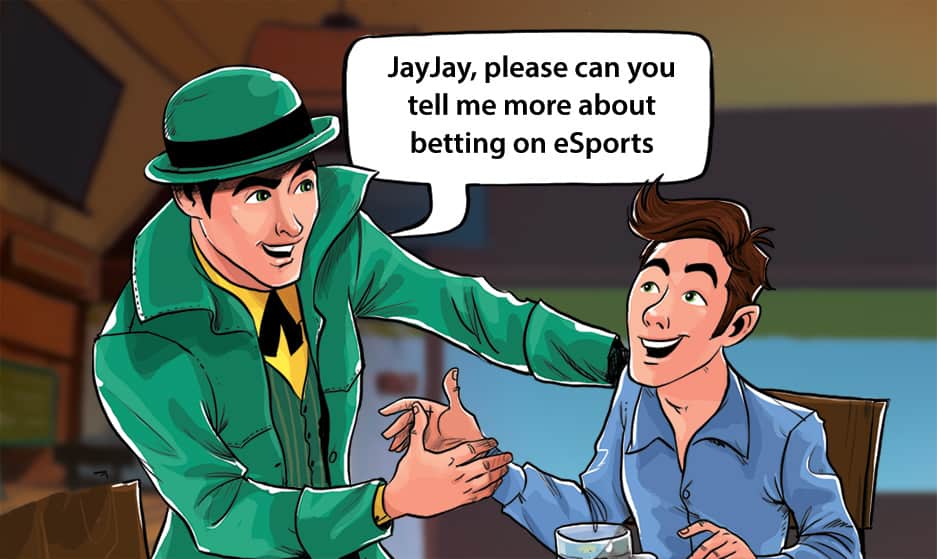 As many may be aware, esports have become increasingly popular with many more (young people in particular) starting to take part. Since esports were officially incorporated in the definition of sport (in 2017), a variety of bookmakers have started to see the potential of betting on esports events.

As a result of this, certain traditional bookmakers and some new ones have made multiple esportbook sites on which there are bets available for multiple esports games. It is quite obvious that this form of betting is focused at younger people and so most of esports betting is conducted online (as the younger generations clearly seem to prefer it).

Some would argue that esports betting is currently growing faster than the esports itself. There are multiple new options available with more and more people taking part in esports and esports betting every year. To be perfectly honest, betting on esports really does allow those many young people, playing those same games on an everyday basis, to show off their knowledge of the games, get involved and obviously try out their luck. Thus it comes as no surprise that such an online betting option is growing so quickly.

To get an idea of the number of people taking part, there are reportedly almost 150 million active esports ‘fans’ around the world, with tens of million of people actively watching live esports events. Therefore, it is estimated that in such a short period of time, the number of those regularly placing bets on esports is over a million people.

How is it regulated?

As of now, there is no official central regulatory body for esports. However, we can estimate that as the popularity of esports continues to grow there will certainly be a talk of forming such a regulatory body. In terms of regulating bets itself, that has always depended on the operator. If you find a trusting esportbook website there should be no problems in terms of the bets you place on esports events.

Additionally there are questions being asked about the fairness in esports play. It is obvious to everyone that such events will not be hard to fix, which does give reason to bettors not to place large sums of money on esports. However, there are emerging factors in esports that may well prevent match-fixing. Firstly, there are large sums of money at stake for the competitors, therefore it is becoming unlikely that some individual or esport team will be tempted to match-fix. Secondly, certain large and popular bookmakers have decided to enter the business and so there will be pressure on everyone in esports to eliminate the probability of match-fixing in order to keep their attention. Lastly, in the last few years there has been increased regulations at major esports events, as a direct result of the previously mentioned points.

Ways in which you can place your bets:

There are four major ways that you can use to wage on the outcome of esports competitions. These include:

This is the dominant form of betting and it clearly evolves around match betting. For example, betting on the outcome of the match or an event as a whole. As mentioned, a large majority of esports betting is conducted online, with a few sportsbooks trying to experiment on live betting in esports. However, such a system is still not in full flow.

The unique factor in esports betting as a whole is that you need to understand the games you are betting on in order to have a greater chance of winning. It is not as simple as looking at the odds and placing bets on some random game which you have never played or seen before.

As mentioned, traditional betting is more about the outcomes of specific games or tournaments, fantasy esports generally sees opposing players build lineups (their fantasy team) for a sport event. The line up that performs the best over the course of a certain period (e.g. season) is the winning lineup.

Additionally in this type of betting you are not betting against a house, as you would do with traditional betting, but you are competing against other players (each of whom has made their own fantasy team).

Most gamers around the world enjoy watching streamers (sort of like gaming YouTubers) on channels, such as Twitch. From quite recently some esportbooks have allowed betting on certain popular streamers. Simply, betting on streamers, works by esport betting sites having live streams on their website. Next to those streams you would be able to find changing odds on a certain streamer.

This sort of betting gives the opportunity to bet on a single person rather than a team. Also, it allows you to bet on all games that the streamer is playing (even outside of major tournaments), which certainly gives you more variety to choose from.

Item betting is a general term given to betting that takes place within marketplaces for in-game items. Generally, item betting does not involve any real money, at least not directly. Wages and prizes for such betting are conducted mainly on transferable in-game property (e.g. weapons, abilities, skins, badges…). Therefore, you have to be an active player of a certain game in order to take part in such bets.

However, in many cases the items you win can be exchanged for real money at a different circumstance, which certainly does pose questions about the legality of item and skin betting.

Overall, one could argue that esports betting is currently one of the fastest growing online gambling opportunities. Some key reasons include; the uniqueness of this form of betting, multiple new options being given, being focused on young people that may not have found traditional sports betting engaging, etc.