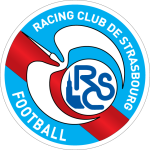 Matchday 6 in Ligue 1 brings a clash between Strasbourg and Metz. The game kicks off at Stade de la Meinau (Strasbourg) at 8 pm (UK) on Friday September 17, 2021. Read our reasons for the Strasbourg vs Metz match prediction and betting tips.

Metz will take on an equal opponent in an attempt to put an end to its losing streak. Metz haven't won a game since the beginning of the season, but they have lost two and drawn the other five so far. Last weekend crawling Troyes were able to achieve their first triumph. After the first half ended in a draw, the brilliant Xavier Chavalerin turned around and completely destroyed Metz, providing an assist for the first goal and scoring the second. When Metz travels to face a different opponent in its next match, they will face a new challenge.

It could be argued that Strasbourg has had a difficult start to the season, having to compete against big teams. After five matches, it has, at the very least, one victory to its credit. Being a new season it will be eager to turn the cards having ended 15th in the previous season. Last weekend it couldn’t resist the defeat at Lyon, Lyon smashed them 3-1.

In the last 5 head to head matchups, Metz has won twice as compared to Strasbourg, once. At home Strasbourg in the last 5 meetings, Strasbourg has only lost once. In the recent match last season, Strasbourg ended in a deadlock of 2-2 at home during the first leg and won on away, 2-1.

Because Strasbourg has the benefit of playing at home, the team must do everything in its power to avoid being humiliated in front of its supporters. Since the beginning of the season, Strasbourg has gained one draw and one victory in all competitions. Metz is on a mission to earn its first victory, while Strasbourg is attempting to avoid a second consecutive setback, particularly at home. Strasbourg will be fighting for their lives against a Metz side that is eager for victory. It will be an exciting contest. Bettingkick’s Strasbourg vs Metz prediction is Strasbourg to win or draw.

YOUR TIP FOR Strasbourg VS Metz