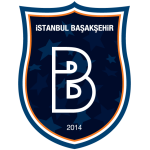 PSG will be aiming to bounce back from a 2-1 loss to Manchester United when they take on Istanbul Basaksehir in their second group game. Les Parisiens failed to impress in their opener, and, no doubt, they will leave their hearts on the field against the Turkish champions. This is somewhat of a must-win game for the Ligue 1 giants, and we are positive that Thomas Tuchel is going to field the best possible side against Basaksehir. An interesting aspect of recent İstanbul Başakşehir games is the number of nil scores. Taking their prior six matches before this one, in as many as 5 of them a bet on both teams scoring would have been a losing one. Istanbul Basaksehir come into this game in good form, having thrashed Antalyaspor 5-1 in the Super Lig on Saturday. A brace from Bosnia and Herzegovina international Edin Visca and goals from Turkish midfielder Irfan Kahveci, French striker Enzo Crivelli and Brazil international Giuliano de Paula secured the win for Okan Buruk's men.

PSG go into this game after a 4-0 Ligue 1 win vs Dijon in their last game. Kylian Mbappe came as a substitute and scored a brace in a 4-0 win over Dijon, but he is widely expected to start against the Turkish side. Angel Di Maria and Layvin Kurzawa return to contention following their domestic bans. Istanbul Basaksehir are undisputedly the worst side in Group H, and they are unlikely to make life difficult for PSG behind closed doors. The attacking players from Paris Saint-Germain have helped themselves to an avalanche of goals over their last 6 clashes (20 to be precise). That works out as an outstanding average of 3.33 goals scored per match for this time. Even so, it remains to be seen whether such a trend shall be replicated here in this match or not.

Istanbul Basaksehir is currently in 11 place in the Super Lig table.

Played 12 matches this season. Won 5 matches 2 ended in a draw. 5 were defeated.

PSG is currently in 1 place in the Ligue 1 table.

Played 13 matches this season. Won 10 matches 0 ended in a draw. 3 were defeated.

Istanbul Basaksehir and Paris Saint-Germain have never played each other in an official fixture. aris Saint-Germain manager Thomas Tuchel has a few injury issues to contend with in his squad. We’ve gone for both teams to score in a 1-2 winning margin for PSG at the end of the match. It will be interesting to see how this one goes.

So, our Basaksehir vs PSG Prediction is Over 2.5 goals.

YOUR TIP FOR İstanbul Başakşehir VS Paris Saint Germain