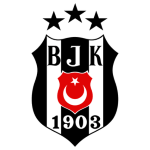 Besiktas will clash against Dortmund this week for a match at the Vodafone Park (Istanbul) in the UEFA Champions League Group C Round 1. The game kicks off at 5:45 pm (UK) on Wednesday, September 15. Read our reason for Besiktas vs Dortmund prediction and betting tips.

After failing to clinch a place in the UCL during the 2017/18 season, Besiktas is delighted to be back in the competition. As of right now, it is atop the Turkish Super Lig table, having won all four of its matches this season. Dortmund, on the other hand, has confirmed that it would be a formidable opponent in its debut. Dortmund has suffered a single defeat in this season's Bundesliga.

A sensational victory over Bayer Leverkusen capped off a successful weekend for Borussia Dortmund. The game concluded in a 4-3 tie after the team rallied from a 2-1 deficit in the first half. Dortmund moved up to the third position in the table as Haaland scored a brace to propel the team forward. It is expected that Haaland would improve on his previous year's UCL performance, as he is the youngest player ever to score 20 goals in the tournament.

Besiktas has won three matches and drawn one so far this season. It has not, however, conceded a goal. While playing against Yeni Malatyaspor last weekend, it was exciting to watch Chelsea loanee Michy Batshuaii cause problems for the opposition's defensive midfield. He scored a brace in his previous match and will be eager to do the same against Borussia Dortmund.

Both sides have never played against one other before, so they will be looking for a flawless start. Marco Rose's team must restructure in order to avoid conceding, as this is one of its weaknesses. With four games played since the start of the season, Dortmund has conceded eight goals, which is a significant difference when compared to its next opponent, Besiktas.

After missing the last two UCL seasons, Besiktas is looking forward to a warm welcome. Dortmund, who was humiliated by PSG in the previous UCL, will be looking to make a fresh start this time around. With a scoring frequency of 72 minutes, Haaland is the most serious threat to Besiktas. Besiktas, on the other hand, has the advantage of playing in front of their own fans at home. It is expected that many goals will be scored during this match. Bettingkick’s Besiktas vs Dortmund prediction is over 2.5 goals.

YOUR TIP FOR Beşiktaş VS Dortmund