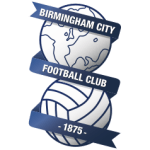 Birmingham host Norwich at the St. Andrew's Stadium (Birmingham) in the 32nd round of the Championship and the match kicks off at 7 pm (UK) on Tuesday, February 23. Read our reasons for Birmingham vs Norwich prediction and betting tips.

Birmingham survived a few late scares to pick up a win against Sheffield Wed in the weekend, only their second win in their last 15 matches. However, with this win, the Blues have moved out of the relegation zone and are two points above Rotherham in 22nd. On the other hand, Norwich have a great chance to cement their position at the top of the Championship table after picking up a minimal 1-0 win against earlier-mentioned Rotherham, which was their third win on the trot. More importantly their closest rivals Brentford have faltered again and the Canaries could open up a ten-point gap at the summit with a win here.

Birmingham boss Aitor Karanka has been under pressure to play with more attacking intent, with his team continuing to struggle for goals in the Championship. Only two league wins in fourteen matches have put the Spaniard in a position where he will still have doubts about the change in his players’ mentality. The Blues desperately need more consistency all around and a narrow win against the Owls was a step in the right direction.

Scott Hogan struck the only goal of the game to lift Birmingham out of the Championship's bottom three with a vital victory at 10-man relegation rivals Sheffield Wed. Blues' away record continues to keep their heads above water, making up for a miserable return of nine points from a possible 45 at home, but while victory will relieve some of the pressure on under-fire Karanka, it was far from convincing, even against 10 men.

Meanwhile, Norwich are determined to return to the Premier League immediately and will stick to their attacking style of play when they visit Birmingham next. Finland attacker Pukki remains their key player at the moment, and he is likely to prove a handful for the hosts in midweek. Norwich had briefly lost their momentum in the league, but it can change so quickly in the second-tier that they are coming into this match as the most serious title contenders as there is a window of opportunity for the club to cement their status at the top with 15 matches remaining.

The East Anglian outfit were again indebted to Teemu Pukki at the weekend as the Finn took his return to four goals from three appearances with the decisive strike against the Millers. On the back of a defeat at promotion rivals Swansea, Daniel Farke and his players came under fire after a number of concerning performances. However, the Canaries have responded with three successive victories,  extending their lead to seven points over the chasing pack.

Birmingham meets Norwich having been on the losing end five times and winning only once in their last 10 meetings. The last time these two sides locked horns was in October in the reverse league fixture at the Carrow Road which Norwich won 1-0.

Karanka is aware that one positive result every few games will not be enough to keep him in the dugout, heaping the pressure on him and his squad to end a winless run at home which stretches back to October 28.

Meanwhile, manager Farke has claimed that he is not interested in how the teams around Norwich get on and that his side must simply concentrate on getting three points themselves. They could well now be set for a run of wins, as after visiting St. Andrew’s they face another bottom side, Wycombe.

Birmingham VS Norwich PREDICTIONS AND BET

Birmingham VS Norwich form and standings

YOUR TIP FOR Birmingham VS Norwich