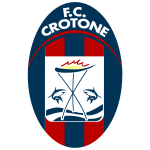 Cagliari makes their debut under new coach Leonardo Semplici and it’s a relegation dogfight with rock bottom Crotone. Read our reasons for Crotone vs Cagliari prediction and betting tips.

Crotone is sticking with Giovanni Stroppa, who helped them to promotion from Serie B last summer, largely due to a lack of alternatives. They hoped that January signings would revamp the side, but there are few signs of that so far, with a club record-equalling run of five consecutive defeats. Among those mid-season arrivals is Adam Ounas, who spent the first six months of the campaign on loan at Cagliari and failed to make an impact.
Crotone coach Giovanni Stroppa said the next game against Cagliari ‘will be crucial’ and was ‘happy with the performance’ in the 3-0 defeat to Juventus. The visitors started the match with energy, but Cristiano Ronaldo’s brace before half-time made it a difficult night for Stoppa’s men in Turin. Weston McKennie added the third, but the coach was happy with his player's performance against the champions. “The goals cut our legs,” he told media. “But I liked the reaction. The four-man defense is something we tried during the week, we can’t improvise. It’s normal when we weren’t used to man-marking. We conceded more and we had a defensive phase of sacrifice.”

Crotone is left bottom of the table and face 18th-placed Cagliari next weekend. Leonardo Semplici has replaced Eusebio Di Francesco in Sardinia and Stroppa believes the next match will be fundamental for the two sides. “There are fewer and fewer games to go, the next one is crucial,” he continued. “It wasn’t tonight’s game that would make sense of our future. “I’m happy with the performance.”

The Sardinians eventually had to accept it wasn’t going to work with Eusebio Di Francesco and fired him after managing just five draws in 16 Serie A rounds. They brought in former SPAL boss Semplici, who is more accustomed to saving clubs from the drop, but should remain with the 3-5-2 approach that had been recently adopted. Leonardo Semplici insisted he won’t change many of Eusebio Di Francesco’s tactics at Cagliari, but ‘my job will be above all working on the mentality of the players.’ The former SPAL coach was drafted in on Monday after Di Francesco was fired, having failed to pick up a single Serie A victory since November 7. “I found a team that is struggling in terms of morale after so many games without results, which saw their fortunes turn down rather than up,” said the coach in his press conference. “I think my job here will above all be working on the mentality of the players, to bring back the right determination we need for what will be a huge achievement. These lads have qualities that so far they have been unable to express. I accepted this challenge to represent Cagliari, its history, and I saw in this squad the chance to achieve our targets. I hope to bring enthusiasm and the desire to turn this moment around. I think that I can free these lads of some of their psychological problems. It’s not about the system or tactical aspects now, it’s about the character.”

While Di Francesco was brought in to aim for Europe, Cagliari needed someone like Semplici more adept at relegation scraps. “I watched some of the Cagliari games and saw a team playing with the handbrake on. It’s not Di Francesco’s fault, as he is a great coach who I admire, but these players need a different psychological approach. The system will remain more or less the same as it has been in recent weeks. I don’t think the positioning of a single player can change that much in this situation.”

Cagliari has 15 points after 23 rounds and the only worse start to a season, calculating three points for a win, was 14 in 1975-76, which culminated in relegation. Our final Crotone vs Cagliari prediction is both teams to score.

Crotone VS Cagliari PREDICTIONS AND BET

Crotone VS Cagliari form and standings

YOUR TIP FOR Crotone VS Cagliari