Hungary meet Portugal at the Puskás Aréna (Budapest) in the EURO 2020 Group F Round 1 match and the game kicks off at 5 pm (UK) on Tuesday, June 15. Read our reason for Hungary vs Portugal prediction and betting tips. 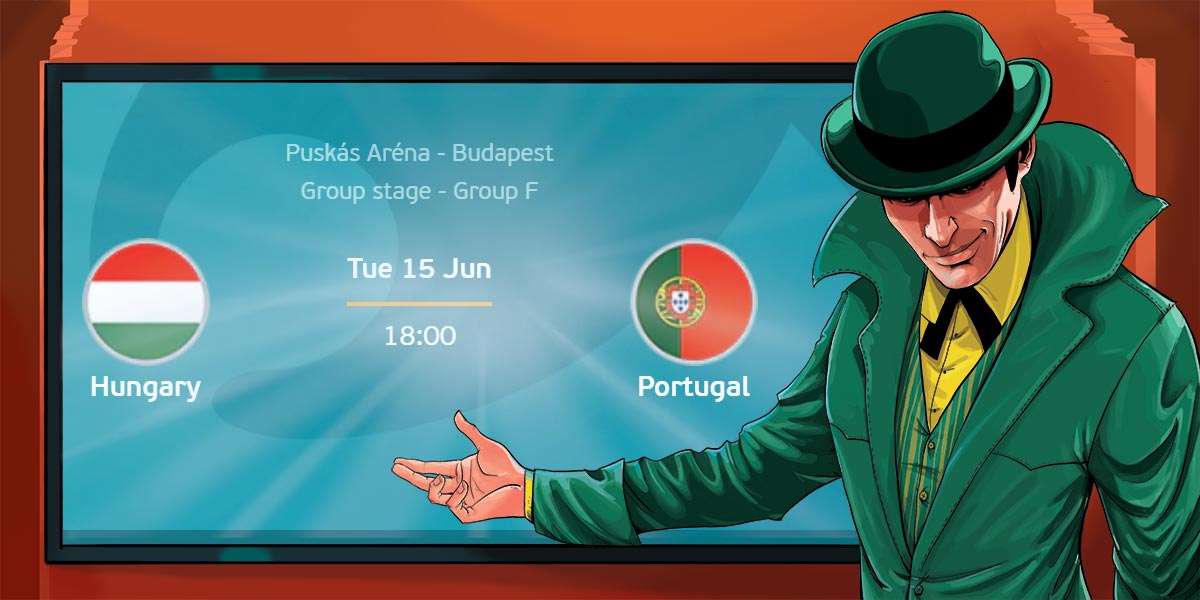 GROUP F – THE STIFFEST OF THE SIX POOLS

Hungary's glory days were a long time ago and they had to upset the odds to beat Bulgaria and Iceland in the play-offs after only taking fourth place in their qualifying group behind Croatia, Wales and Slovakia. Hungary’s stadium full capacity makes them unpredictable and it’s possible they get a shock win against Portugal, but it’s highly unlikely. What’s more probable is that Hungary’s home advantage merely mitigates the margin with which Portugal, France and Germany beat them. Portugal were below par in qualifying, finishing second to Ukraine in their pool, but the defending champions have a great record in this tournament, reaching the semis in three of the previous four renewals - and Cristiano Ronaldo now has an improved supporting cast.

HUNGARY FACE DAUNTING PROSPECTS IN THE ’GROUP OF DEATH’

After failing in the Euro 2020 qualifiers, Hungary got another chance to reach the tournament via the Nations League play-offs, and somehow managed to beat heavy favourites Iceland thanks to two very late goals.  Now, with two of their games taking place in Budapest, fans are getting excited, but the ’Magyars’ only hope is for the three other sides to defeat one another, then for Hungary to upset the odds to win a game of their own.

The team has absolutely nothing to lose after being drawn against Portugal, France and Germany and such a carefree attitude enabled them to reach the last 16 at Euro 2016. Sadly, a lack of progress in the past five years means that a repeat performance is extremely unlikely. They are poised to stick to the bottom of Group F and the big boys may use them as a way to boost their goal difference tallies in what is likely to be a nail-biting group.

A look at Hungary’s betting odds: Defensively, Marco Rossi’s side are quite formidable, boasting RB Leipzig duo Orban and Peter Gulacsi, who will try to keep Portugal’s stars at bay for 90 minutes. Our first tip of the day is: Under 2.5 goals.

PORTUGAL TO KICK OFF EUROPEAN TITLE DEFENCE WITH A WIN

The wild nature of the Euro 2020 group draw means Portugal could be the biggest losers of the tournament despite boasting 101 reasons why they could win the whole thing. Forgetting the draw, you’d tip France, England and Portugal as the three favourites to win the tournament, but if England win Group D, two of those teams are likely to meet in the Round of 16.

Cristiano Ronaldo’s star may be on the way down, but Portugal will add Bruno Fernandes, Bernardo Silva, Joao Cancelo, Ruben Dias and Ruben Neves to the squad that won Euro 2016. There are numerous strong options in almost every position - strong defensively and very exciting in attack, the holders are bound to play better football than five years ago. They may well be the team to beat.

A look at Portugal’s betting odds: One player who has really been among the goals for both club and country is Diogo Jota. He's found a way to be prolific despite limited minutes. Outr first tip of the day is Jota to score at any time.

Scroll down for our final Hungary vs Portugal prediction!

Hungary will be up against it versus a talented Portuguese squad, but have home advantage in Budapest. However, Portugal have never lost against Hungary in 13 previous encounters (W9, D4). In fact, Hungary are the team Portugal have faced the most times without ever losing, and you’d expect the likes of Ronaldo, Jota or Fernandes to come good for three points and win comfortably.

YOUR TIP FOR Hungary VS Portugal