Italy meet Switzerland at the Stadio Olimpico (Rome) in the EURO 2020 Group A Round 2 match and the game kicks off at 8 pm (UK) on Wednesday, June 16. Read our reason for Italy vs Switzerland prediction and betting tips. 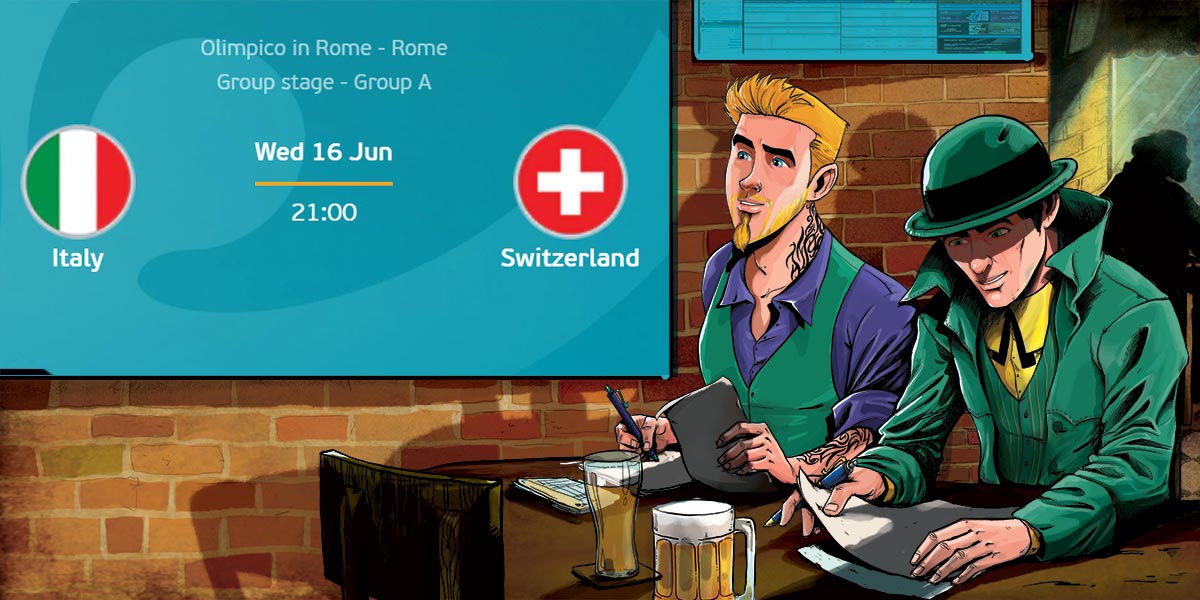 SWITZERLAND UNLIKELY TO PUT A SPOKE IN ITALY’S WHEELS

Italy face their second Euro 2020 matchday at Rome’s Olympic Stadium in high spirits, after destroying Turkey 3-0 in Friday’s curtain raiser - the first time Italy have scored more than two goals at a Euro finals. Another clean sheet here would put Italy within one game of equalling their existing all-time record of 30 games unbeaten. Those backing Italy prior to the tournament might not have been far off the mark. As for Switzerland, after a 1-1 draw in their opening match, they have drawn in four consecutive fixtures at the European championships. A disappointing start for the Swiss as Kieffer Moore’s 74th-minute goal cancelled out Breel Embolo’s opener to earn the Dragons a share of the spoils in Group A. They now have a mountain to climb against Italy.

Roberto Mancini's Italy dominated for long spells as they eventually saw off a stubborn Turkey 3-0 at the Stadio Olimpico in Rome. In the tournament's first game, Merih Demiral turned a Domenico Berardi cross into his own net shortly after the break to give Italy a thoroughly deserved lead after having bossed the first half without showing a clinical edge.

But they would be handsomely rewarded before long, with Ciro Immobile mopping up to fire home after Leonardo Spinazzola's initial effort had been blocked. Lorenzo Insigne was a constant threat for the Italians, and he struck a third 12 minutes from the end with a thumping finish across Turkish keeper Ugurcan Cakir. Turkey had no answer to the home side's fluidity in Rome and Italy will take some stopping on this evidence.

A look at Italy’s betting odds: Italy striker Ciro Immobile has scored 92 goals at the Stadio Olimpico in Lazio shirt – we back Immobile to become the first player to score in Italy’s first two games at a major tournament since Christian Vieri at the 2002 World Cup.

Switzerland led early in the second half thanks to Breel Embolo, but Kieffer Moore netted late to salvage a point for Robert Page’s side. The Swiss dominated their opener for large periods of the game and will feel disappointed they didn't win after taking the lead, having a goal disallowed (correctly) for offside and forcing Welsh keeper Danny Ward into a series of brilliant saves.

The Swiss controlled much of the game and forced their Welsh counterparts back for long periods, but a late header ensured a positive result for both sides. The result leaves Group A wide open as any side could yet ensure progress. With six third-place group teams qualifying for the knockout stages, it’s likely that four points will be enough for any side to get through. Switzerland is, however, in a really tight spot, as they can’t bank on beating Turkey.

A look at Switzerland betting odds: A win for Rossocrociaty is highly unlikely as they havent’t won in their last 8 matches (W4,D4), but the odds are good for the Swiss to score at any time - a consolation goal if nothing else.

Scroll down for our Italy vs Switzerland final prediction!

Victory will see Italy become the first team to reach the knockout stages of EURO 2020. Even though the Azzuri have won both of their opening two matches in just two of their nine previous outings at the European Championships, doing so in 2000 and 2016, we count on them to win convincingly against Switzerland.

Final BettingKick’s Italy vs Switzerland prediction is: Over 2.5 goals

YOUR TIP FOR Italy VS Switzerland