Italy meet Wales at the Stadio Olimpico (Rome) in the EURO 2020 Group A Round 3 match and the game kicks off at 5 pm (UK) on Sunday, June 20. Read our reason for Italy vs Wales prediction and betting tips. 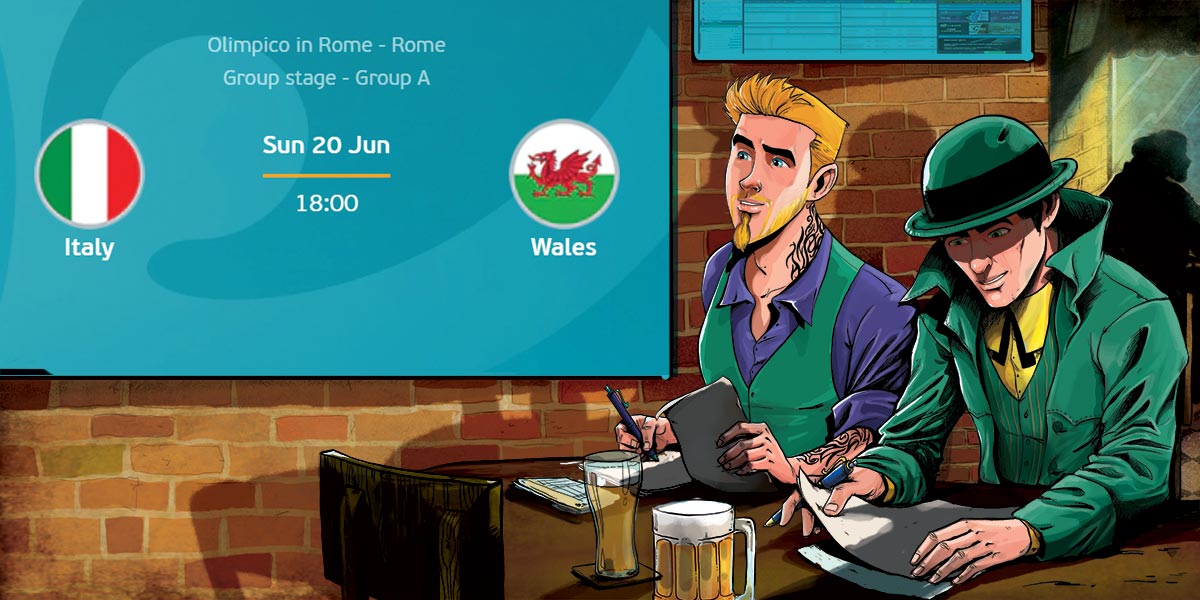 ITALY AND WALES TO SECURE TOP BERTHS IN GROUP A

Italy are guaranteed a top two finish no matter what happens on Sunday and only need a point to secure first place, though finishing second may offer the kindest knockout route. Wales beat Turkey 2-0 on Wednesday in a huge boost to their chances of qualifying for the knockout stage of their second European Championship in a row. It would require a remarkable swing for them to drop down to third now and even third place with four points should be enough to progress.

AZZURI HAVE BEEN AWESOME SO FAR!

The Azzurri kicked off the tournament with an ultra-impressive 3-0 drubbing of Turkey and then brushed aside Switzerland by the same scoreline, again playing with incredible energy and enthusiasm. Ciro Immobile and Lorenzo Insigne look full of confidence up front and Italy are now on a 10-match winning run, with 31 goals scored in those games and none conceded - the Azzurri have always been known for their defensive structure and strength since time immemorial.

The arrival of coach Roberto Mancini though added the offensive shape required to break down defences while keeping their own base safe. Failing to qualify for the World Cup was seen as a national disaster, so the Azzurri are clearly fired up to make amends. Italy have scored five of their six goals at the tournament in the second half so expect Roberto Mancini's side to come on strong after the interval.

TIP #1: Ciro Immobile is expected to continue the blazing run of form against The Dragons and seal another victory for Italy. We are backing him to score in the third consecutive match here!

In their first two group fixtures, Wales applied the pragmatic approach and fought out a draw against the aggressive Swiss side. They then got the much needed three points against Turkey in a 2-0 win, despite a missed penalty from captain Gareth Bale. A point will secure Wales’ place in the next round, and we can expect them going out for a draw, but Mancini has used his depleted squad very efficiently to break down low blocks.

The Dragons haven’t had their luck in the Euro finals for a long time, and are only making their second appearance in the competition. Wales managed to pull off a major upset in 2016, when they beat Belgium to get to the semi-finals. The eventual winners Portugal knocked them out but Wales did leave their mark. They are on the right path to repeat that feat and now need a point to confirm round of 16 berth with the Azzuri already through.

TIP #2: Bale is certainly Wales’ biggest threat and his performance will be crucial for his side’s further progress in the competition. We think him scoring at any time has great chance of landing.

Scroll down for our final Italy vs Wales prediction!

Wales will give a tough fight to the hosts but Roberto Mancini’s young Italians look almost invincible at this moment. Injuries have plagued the Italy squad and the recent addition of team captain Chiellini might be worrisome, but Italy might edge over Wales with their ever-reliable midfield. After winning both of their opening two fixtures with a 3-0 scoreline, the confidence will be running high among the mighty Italians.

Final BettingKick’s Italy vs Wales prediction is: Italy to win.

YOUR TIP FOR Italy VS Wales