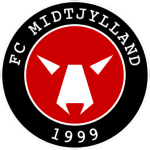 Liverpool host Midtjylland in the second round in the Group D of the Champions League at Anfield on Tuesday, October 27 and the match kicks off at 8pm (UK).

Liverpool started their 2020/21 Champions League campaign with a hard-fought away win at Amsterdam against Ajax in the first round (0-1) and are looking for a second win against Danish Champions League debutants, Midtjylland who lost their respective 1st round match to Atalanta (0-4) at home. Liverpool is 2nd in the table below Atalanta who top the  group on goal difference, and will look to secure their second win in the tournament, while the danes are looking for their first ever points in the competition.

The Reds are no mistery for anyone. They are here to win the Champions League, and anything else will not be considered a success for them, simple as that. Jurgen Klopp’s side won the Premiership, and after clinching the Champions League the year before, the German manager has enough credit for the foreseeable future. But they would not want to rest on their laurels, and will look for a fresh challenge. Klopp already indicated that the next goal is winning both the EPL and UCL.

Premier League champions Liverpool were helped by an own goal from Nicolas Tagliafico to get off to a winning start in the Champions League against Ajax. Klopp's injury-hit side, who were without talisman Virgil van Dijk, were tested by Ajax but did enough to leave Amsterdam with a clean sheet. This was just Liverpool's third clean sheet in all competitions this season, but the win was never in question, bar the Fabinho’s goal-line clearance from,  as the Reds cruised to their first victory.

A day that will still go down in FC Midtjylland’s history although not a result they were hoping for, it is the first test in Champions League football for Midtjylland and Brian Priske. The gulf in class, along with the greater European experience was perhaps why Atalanta came away as worthy 0-4 winners. Now, the Danes travel to one of the Europe's most coveted teams, having learned how hard life in the top European competition can be.

Liverpool, the six-time European champions are obviously huge favourites against Midtjylland on Tuesday, even though their performance was not too pleasant on the eye against Ajax in the first round. Midtjylland were punished for their naivety in the first half against Atalanta, and thjey will certainly implement defensive changes to their set up when they visit Anfield.

Unfortunately for them, much better teams have failed to produce at Anfield and we cannot see another possible outcome but a victory for the hosts.

Therefore, the prediction for this match is: Liverpool win

Liverpool VS Midtjylland PREDICTIONS AND BET

Liverpool VS Midtjylland form and standings

YOUR TIP FOR Liverpool VS Midtjylland