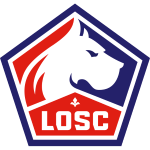 Metz will take to the pitch with visiting opponents Lille at Stade Saint-Symphorien in the Ligue 1 meeting on Friday. Read our reasons for Metz vs Lille prediction and betting tips.

Metz will be hoping for a better result following a 4-0 Ligue 1 defeat last time out to Monaco. Les Grenats have now shipped seven goals in their last two outings after an equally dismal 3-1 home defeat to Rennes before the international break, and they have taken just one point from the last 12 on offer in the top flight in a major blow to their fleeting European hopes. Metz are still realistic contenders for the fifth and final continental spot. Looking at their past form shows that FC Metz haven't beaten Lille in their last 4 matches in the league and haven’t won at home in the past 4 league matches. Antonetti still has options in abundance, though, with Thomas Delaine, Victorien Angban and Vagner all candidates to start for the out-of-form visitors.

Lille came into this clash after a 0-1 Ligue 1 win to beat Paris Saint-Germain in their most recent fixture. During their six most recent matches, Christophe Galtier's Lille have turned their attacks into goals a total of 7 times. Going into this contest, Lille have not been beaten in their last 10 away league matches. The only teams in Europe's top five leagues to have suffered fewer league losses this season are Inter Milan and Atletico Madrid. Lille boss Christophe Galtier has to currently contend with reduced team options. Yusuf Yazici, Jonathan David and Zeki Celik are names that won’t be on the team sheet.

Team Metz is located in the middle of the table at 9 place. Form team looks like this: In the last 5 matches (league + cup) gain 4 points. Metz from 4 matches can not beat any rival. Played 31 matches this season. Won 11 matches and 9 ended in a draw. 11 were defeated.

In direct matches usually ended with the winning of Lille. The balance of both teams' games are: 2 won Metz, 13 wins Lille, 6 draws. In 8 matches the sum of the goals for both teams was greater than 2.5.

This one can be pretty close actually, but we are sure that Lille is more than capable to create enough good chances to score against even this good Metz. So our prediction here is a 1-2 winning margin for Lille when all is set and done.

BettingKick’s Metz vs Lille prediction is: Lille to win.

Metz VS Lille PREDICTIONS AND BET

Metz VS Lille form and standings

YOUR TIP FOR Metz VS Lille