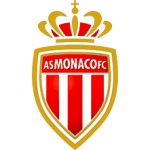 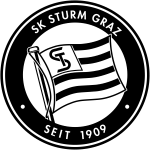 Sturm Graz will be travelling to Monaco to take on AS Monaco in Round 1 of the Europa League. The match will kick off at Stade Louis II (Monaco) at 8 pm (UK) on Thursday, September 16, 2021. Read our reasons for the Monaco vs Sturm match prediction and betting tips.

After knocking Monaco out of the Champions League Qualifiers, Shakhtar Donetsk earned a spot in the Europa League by virtue of their victory over Monaco. Well, the Monégasques have had a difficult season, particularly in Ligue 1, but they are still holding on to their faint dreams. This week, it will play host to Austria Sturm Graz in a match that will be played in Group B.

Monaco is currently in 16th place in the Ligue 1 standings after five games played. Monaco has only managed to win one match and has lost three others in the five matches played so far. Last Saturday, it played host to Marseille, but Niko Kovac's men were unable to cope with the challenge, and Marseille defeated them 2-0. Monaco, on the other hand, will have to put its domestic league woes aside in order to get off to a winning start in Europa.

After finishing third in its Championship Group, Sturm Graz won a berth in the Europa League as one of Austria's most competitive teams in the Austrian Admiral Bundesliga. It is currently in second place in the league rankings, having amassed 14 points in seven matches. Red Bull Salzburg is currently in first place in the table with 21 points after winning all seven of their matches. Sturm Graz defeated A. Klagenfurt 2-1 on Sunday, a result that was widely expected. Being able to start Europa League with a win will provide positive momentum for the upcoming challenge against Monaco.

The two teams have only met once before, in the Champions League in 2000, and that was the last time they played one other. The deductions from their match, on the other hand, demonstrate that Monaco and Sturm Graz were unable to lose to each other when they were playing at home. Monaco beat Sturm 5-0 in the first leg, while Sturm got revenge by winning the second game 2-0. Both players will be eager to get off to a fresh and successful start in this forthcoming contest.

Monaco is still stinging from the disappointment of being eliminated from the Champions League. As it begins its campaign in the Europa League, it will be brutal in its pursuit of a consolation prize. Ben Yedder is the player to keep an eye on in the Monaco squad; he scored a brace in a tense night in which the side was knocked out by Shakhtar Donetsk. Both clubs are looking forward to an exciting night of football, and both are aiming for a successful start to the season. Bettingkick’s Monaco vs Sturm prediction is Monaco to win.

YOUR TIP FOR Monaco VS Sturm Graz