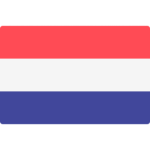 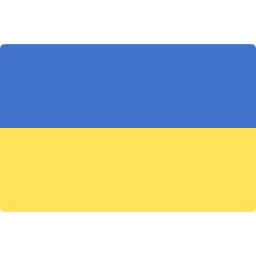 Netherlands meet Ukraine at the Johan Cruijff Arena (Amsterdam) in the EURO 2020 Group C Round 1 match and the game kicks off at 8 pm (UK) on Sunday, June 13. Read our reason for Netherlands vs Ukraine prediction and betting tips.

European Championship winners in 1988, the Netherlands make a triumphant return to this tournament after missing out on the 2016 edition. The Dutchmen are flying of late, scoring 2+ goals in seven straight games, which is their best-ever scoring form going into Euro finals, and with the Amsterdam Arena hosting all three of their group fixtures, the ‘Oranje’ will fancy their chances of progressing. Meanwhile, it took Ukraine until 2012 before making their European Championship bow, but this will be their third consecutive appearance at the finals. Whilst Andriy Shevchenko’s men have won just two of their last nine games (D4, L3), they topped the qualifying group that included Portugal, and are hoping to progress past the group stage for the first time ever.

After making it all the way to the finals of the UEFA Nations League a few years ago, Netherlands stamped their role as one of the favourites to win the Euros. However, with no Virgil van Dijk and troubles at the management level – things won’t be easy. The Dutch have to hope that their rich blend of talent can churn up something special & take them all the way to the finish line of the competition.

Dutchmen play all three of their group games in Amsterdam, which will be a massive boost, as this rather young team, led by Georginio Wijnaldum and Memphis Depay, hope to restore their nation’s glory after their debacles in qualifying stages in major tournaments in 2016 and 2018. The Netherlands are favourites to win their group, and their squad, although the weakest in years, is still the best compared to the rest of their Group C rivals.

A look at Netherlands’ betting odds: De Boer is unlikely to go too gung-ho from the start of the tournament. It is unlikely to be pretty, but the Dutch should just have enough to sneak home. Our first tip of the day is: Netherlands to win to nil.

Ukraine have high hopes in Euro 2020, especially after a successful qualifying campaign that saw them finish ahead of defending champions Portugal and Serbia in their group. Led valiantly by Andriy Shevchenko, Ukraine have the fourth-youngest team in the EUROs. They will be hoping to use that to their advantage, knowing they will be far more pacy and athletic than their competitors.

Shevchenko does have a few old heads at his disposal in Andriy Yarmolenko, Marlos, Sergiy Sydorchuk. However, Ukraine’s main weakness will be the lack of a true leader and the overreliance on youth, which never seems to work in a tournament with such high stakes. That said, Ukraine does have one of the best teams on paper in Group C, and will be expected to at least finish second behind either Netherlands or Austria.

A look at Ukraine’s betting odds: A lot will depend on how Ukraine manage to maintain their composure up against more experienced teams. We expect them to give the hosts a fight, but the win is a bit far-fetched. Our second tip of the day is: Both teams not to score.

Scroll down for the final Netherlands vs Ukraine prediction!

Netherlands have a fine European Championship pedigree and some big names in their current squad but Ukraine enter Euro 2020 with a progressive profile. The yellow and blues have performed well against several powerful opponents over the past 12 months and are fancied to be competitive in Amsterdam.

Final BettingKick’s Netherlands vs Ukraine prediction is: Netherlands and Ukraine to draw.

YOUR TIP FOR Netherlands VS Ukraine