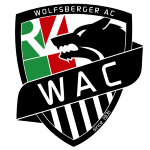 Tottenham host Wolfsberger at the Tottenham Hotspur Stadium (London) in the second leg of Round of 32 in the Europa League and the match kicks off at 5 pm (UK) on Wednesday, February 24. Read our reasons for Tottenham vs Wolfsberger prediction and betting tips

Tottenham are going through a tough run and the North London side will be seeking solace in their Europa League clash against visiting Austrian side Wolfsberger on Wednesday. In the first leg of this tie, Tottenham won 4-1 away in what is their only win in the last four matches. They’ve lost all the other three, the latest being a 2-1 reverse at the hands of West Ham in the Premier League. As for the visitors, they recovered from their midweek loss with a 2-1 away win at Sturm Graz. They need to score at least four times and keep a clean sheet to be able to advance in this clash, which is a very tough task for the Austrians who haven’t managed more than two goals in their last nine matches

Jose Mourinho has hinted he now sees winning the Europa League as Tottenham’s best chance of qualifying for the Champions League next season after their top-four ambitions were dealt a further blow with defeat at West Ham. They may be stumbling domestically, but Tottenham’s 4-1 win in the first leg put them just three goals away from becoming the first ever English team to score 100 goals in the UEFA Europa League (UEL). Progress now looks somewhat guaranteed, especially as they’ve won all 22 previous UEFA ties in which they won the first leg on the road.

The Spurs had a great night in the first leg a week ago and will feel they have one foot in the Round of 16 after a comprehensive win in their first competitive match in Hungary. The Europa League has been kinder for the Spurs this season. They head here unbeaten in the last five and with just one loss in the last seven matches. They’ve scored two or more goals in the last five matches in this competition and have four straight wins, with three clean sheets. In the last five Europa League games at home, Tottenham have scored 18 goals and conceded four.

On the other hand, promoted to the Austrian top flight for the first time in 2012, Wolfsberg finished third in the 2019/20 Bundesliga, repeating their highest ever placing of a year earlier, to re-qualify for the UEFA Europa League for the second successive season. Last term they finished bottom of their section with five points. This is only the club's third European campaign and the first that has extended into the knockout phase.

The gap in quality was apparent when these sides met last week and there shouldn’t be much hope realistically for Wolfsberger to even get something from this leg never mind going on to miraculously win the tie. The Austrian side managed to win two of their three home group games away from home but lost 1-0 to Dinamo Zagreb and with Tottenham currently, one of the favourites to win the tournament outright, an upset will hardly be on cards here.

Tottenham meet Wolfsberger after having been on a poor run but Wolfsberger doesn’t look like a side to trouble them. Spurs’ main issue will be addressing their defensive failings but they will definitely find openings against a side seeking to score four goals after the heavy first-leg loss. Wolfsberger have scored in five of their last six matches and should be able to get at least a goal here, looking at Spurs’ defensive returns.

BettingKick’s Tottenham vs Wolfsberger prediction is: Over 2.5 goals

YOUR TIP FOR Tottenham VS Wolfsberger AC