Turkey meet Italy at the Stadio Olimpico (Rome) in the EURO 2020 Group A Round 1 match and the game kicks off at 8 pm (UK) on Friday, June 11. Read our reason for Turkey vs Italy prediction and betting tips. 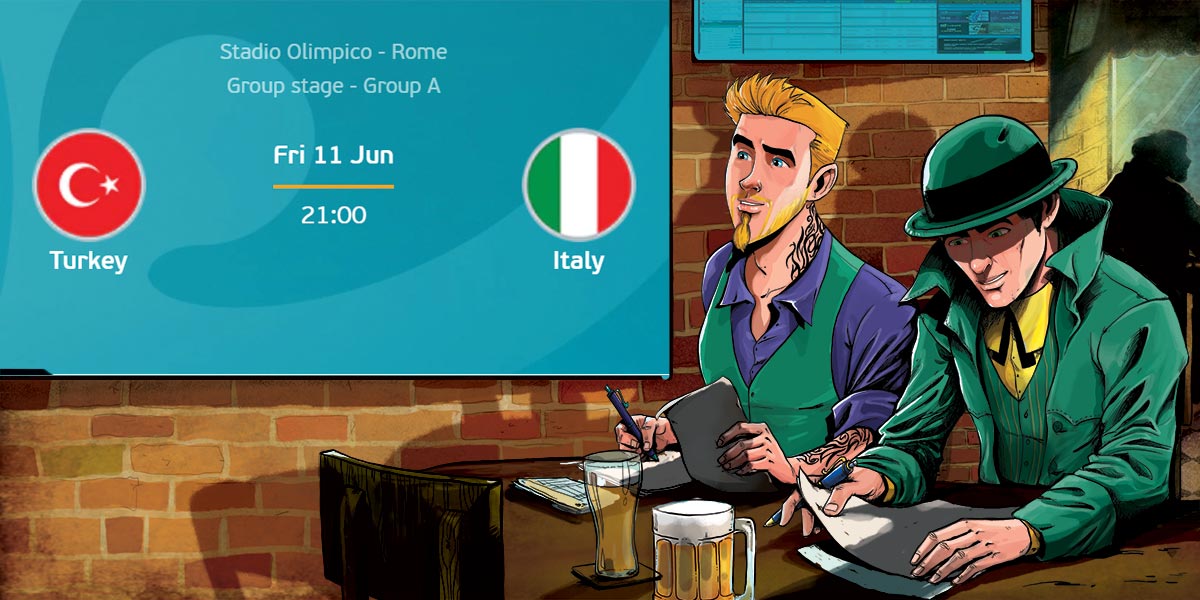 Many people are tipping Turkey to make waves at Euro 2020, and they’re primed to become the neutrals’ favourite due to their penchant for high-scoring games at both ends of the field. They lost just one of their 10 Euro qualifying games and even beat France along the way. They probably won’t win the thing, but their style of play will win them friends. On the other hand, the Italians hit their lowest ebb a couple of years ago after failing to qualify for the 2018 World Cup. . However, they won a difficult Nations League A group and possess the strongest squad out of the four teams in their group. These two are accompanied by Switzerland and Wales, making the group highly competitive. Regardless, Italy are the undisputed favourites.

TURKEY LOOKING TO BEAT THE ODDS AGAINST HOME FAVOURITES

Turkey come off the back of a phenomenal start to World Cup qualifying but have suffered greatly from inconsistency in Nations League B. That could, though, be attributed to Senol Gunes being fresh in charge and experimenting with tactics, learning his best team. It seems things are finally starting to click for the Turks, highlighted by their phenomenal wins against the Netherlands and Norway.

Also, Gunes was the mastermind behind Turkey’s third-place finish at the 2002 World Cup. The pedigree and experience of being the manager behind Turkey’s best-ever side cannot be underestimated. The nation is excited by this youthful squad that has high self-confidence against top opposition, and expectations are high as a result.

A look at Turkey’s betting odds: Turkey have scored in their last four clashes against the Azzuri and their recent form against the top-ten ranked teams suggests Turkey scoring here, too.

CAN ITALY GO ALL THE WAY?

Italy desperately needed to rediscover some national pride after failing to qualify for the 2018 World Cup, and have done so in spectacular fashion.  The Azzurri enjoyed a perfect record of 10 wins in 10 matches in the Euro 2020 qualifiers, albeit in a relatively easy group, with that run part of a 27-match unbeaten stretch dating back to October 2018.

Roberto Mancini has worked wonders with a fresh squad that may not boast the big names of Italian teams gone by but has plenty of fresh attacking impetus. Their strikeforce will be safe in the knowledge that the old stalwarts behind them still have life in the legs, with Giorgio Chiellini and co to command the backline and dig deep for some low-scoring wins.

A look at Italy’s betting odds: Having in mind that it’s a tournament opener, both teams will take a more cautious approach. Under 2.5 goals is a good bet.

Scroll down for our final Turkey vs Italy prediction!

Burak Yilmaz, the veteran forward is Turkey's second-highest scorer of all time and his scoring touch at club level helped Lille win the French league title this season and he also scored a hat trick against the Netherlands in a World Cup qualifier in March. Gianluigi Donnarumma, the 22-year-old goalkeeper, and arguably the Italian key player will have to be up to the task in front of the home crowd. The Italians last won the EURO in 1968 and will look to go one step further than the Quarterfinals, last time out in 2016. Any way you turn, they are overwhelming favourites here.

YOUR TIP FOR Turkey VS Italy