Wales meet Switzerland at the Baku Olympic Stadium (Baku) in the EURO 2020 Group A Round 1 match and the game kicks off at 2 pm (UK) on Saturday, June 12. Read our reason for Wales vs Switzerland prediction and betting tips. 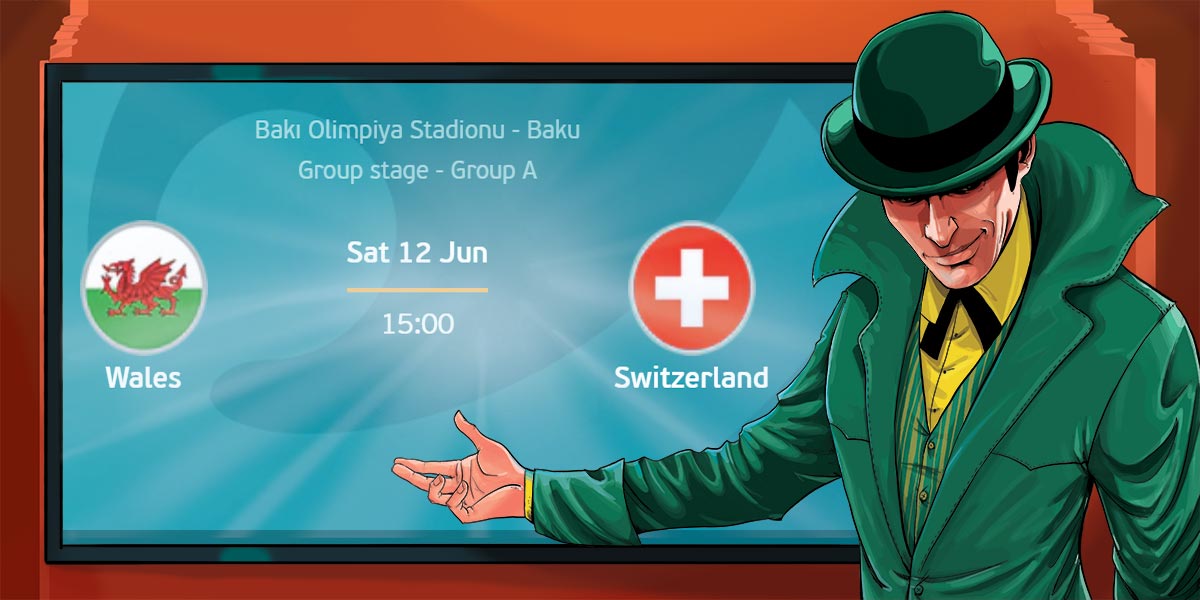 GROUP A UNDERDOGS LOOKING FOR CRUCIAL POINTS EARLY ON

With the possibility of three teams out of the four progressing to the last 16, the group matches could be cagey affairs in which avoiding defeat becomes the main aim. Saturday’s fixture has the look of such a match. Wales have not had the ideal preparation, playing with 10 men for much of the 3-0 friendly defeat by France and drawing 0-0 with Albania. The Swiss, by contrast, have won their last six matches, although of their victims only the United States are in the world’s top 20 – at 20th place in fact. Wales will set up to play on the counter, but we’re expecting little space to be found on either side and a tight, low-scoring affair.

The Welsh enter the tournament with high hopes and low expectations. Their Euro 2016 adventure is unlikely to be replicated here. Wales have learned to shut teams down and have kept a number of clean sheets since their last major tournament finals, but scoring goals has been a real issue. And those issues were raised against teams of far lesser pedigree than their group-mates here.

Gareth Bale is a patchy match-winner and could sneak a point for them, but expect a short, sharp Welsh party compared to last time. Their managerial issues won’t have helped their preparation, but they do have a strong squad, arguably a stronger roster than the previous Euros. Their counterattack is key to progressing from the group.

A look at Wales’ betting odds: Wales scored 1.25 goals per game in the Euro 2020 qualifying campaign, the joint-lowest of any of the 24 sides to qualify for the tournament alongside North Macedonia, so under 2.5 goals is a good bet.

ROSSOCROCIATI IN NEED OF GENERATIONAL CHANGE

A classic international tournament finals wildcard team, Switzerland don’t boast many big names, but they always arrive organised and ready to make life difficult for the group favourites. They drew in three of their four Nations League games against Spain and Germany, proving they can dig deep to eke out points in group settings without surging much higher.

The Swiss are still aligned as a 3-4-3 defensive force but they could sneak through in the Group Stage via the third-place spot. However, the multinational Swiss squad is experiencing significant difficulties because key players are having problems at their clubs. They are counting heavily on the veterans Shaqiri and Xhaka who are not having the best of times in Liverpool and Torino, respectively.

A look at Switzerland’s betting odds: The Swiss have won their last six matches, scoring 19 and conceding 4, so a minimal win to nil is another decent bet.

Scroll down for our final Wales vs Switzerland prediction!

This is the first meeting between Wales and Switzerland at a major tournament. In all competitions including friendlies, Switzerland have won five of their seven encounters (L2) but their last meeting in October 2011 ended in a 2-0 Wales victory. The Swiss lack a true goalscorer in their ranks while Wales’ managerial issues won’t have helped their preparation.

Final BettingKick’s Wales vs Switzerland prediction is: Both teams to score – NO

Bet: Both teams to score - No

Both teams to score - No

YOUR TIP FOR Wales VS Switzerland